Nanna says she’s knitting a new cardigan to sell on her website, because she’s made some sales lately and needs to restock her shop.

She showed us the jersey when we talked on Skype. It’s got orange and blue stripes but she says it’s not as ghastly as it sounds. We thought she said ghostly – Woo, woo!

Now we live in Queensland, Nanna says we’ll be too warm to need her to knit things for us. But Big Brother said it gets cold sometimes, and he’d like a jersey in cool colours.

Big Brother told her that cool colours are blue and green and purple, and red is a hot colour. Little Brother would probably like a red or orange jersey but Nanna says it will take a while because she’s quite busy just now. She said maybe by next winter… 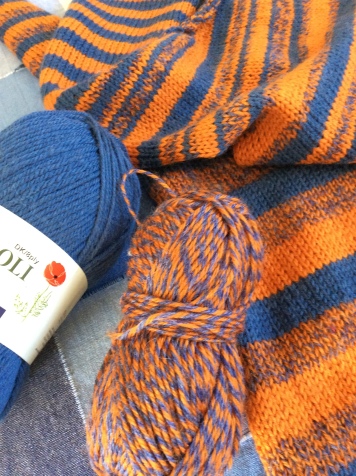 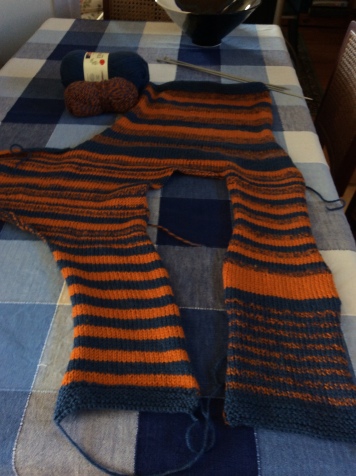 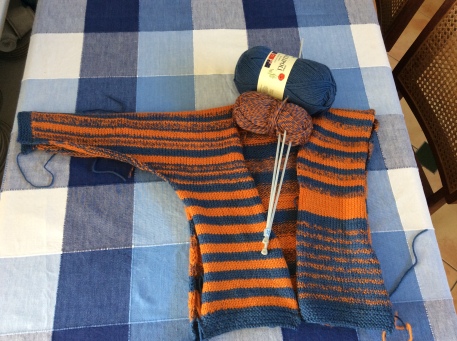 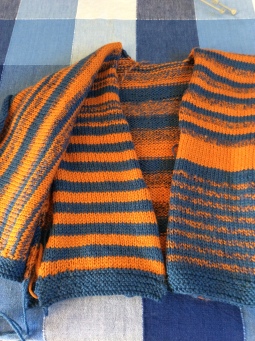 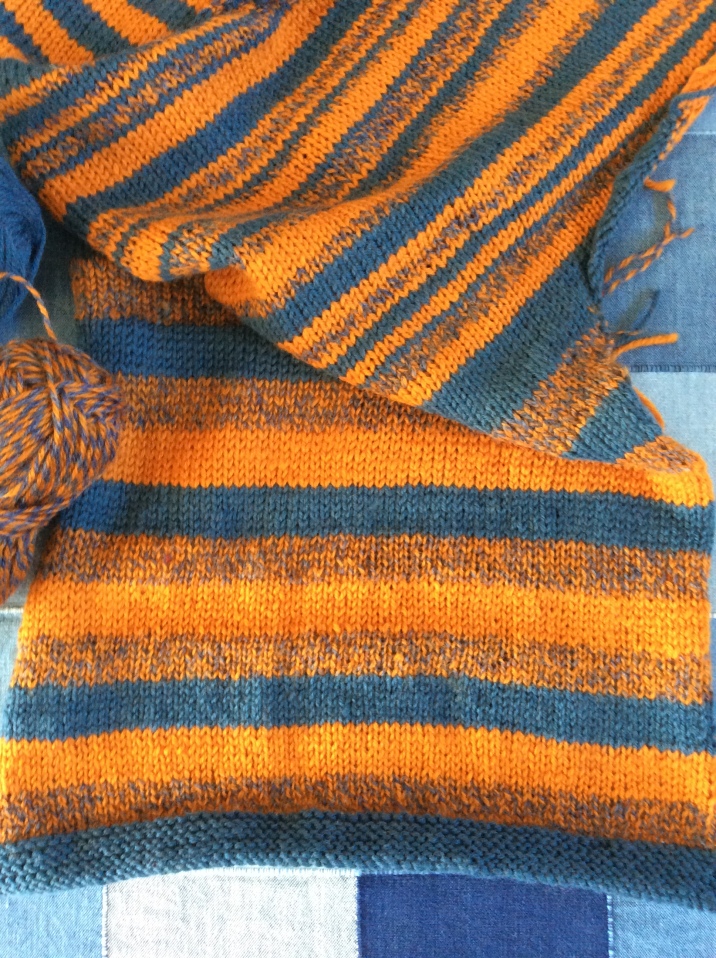